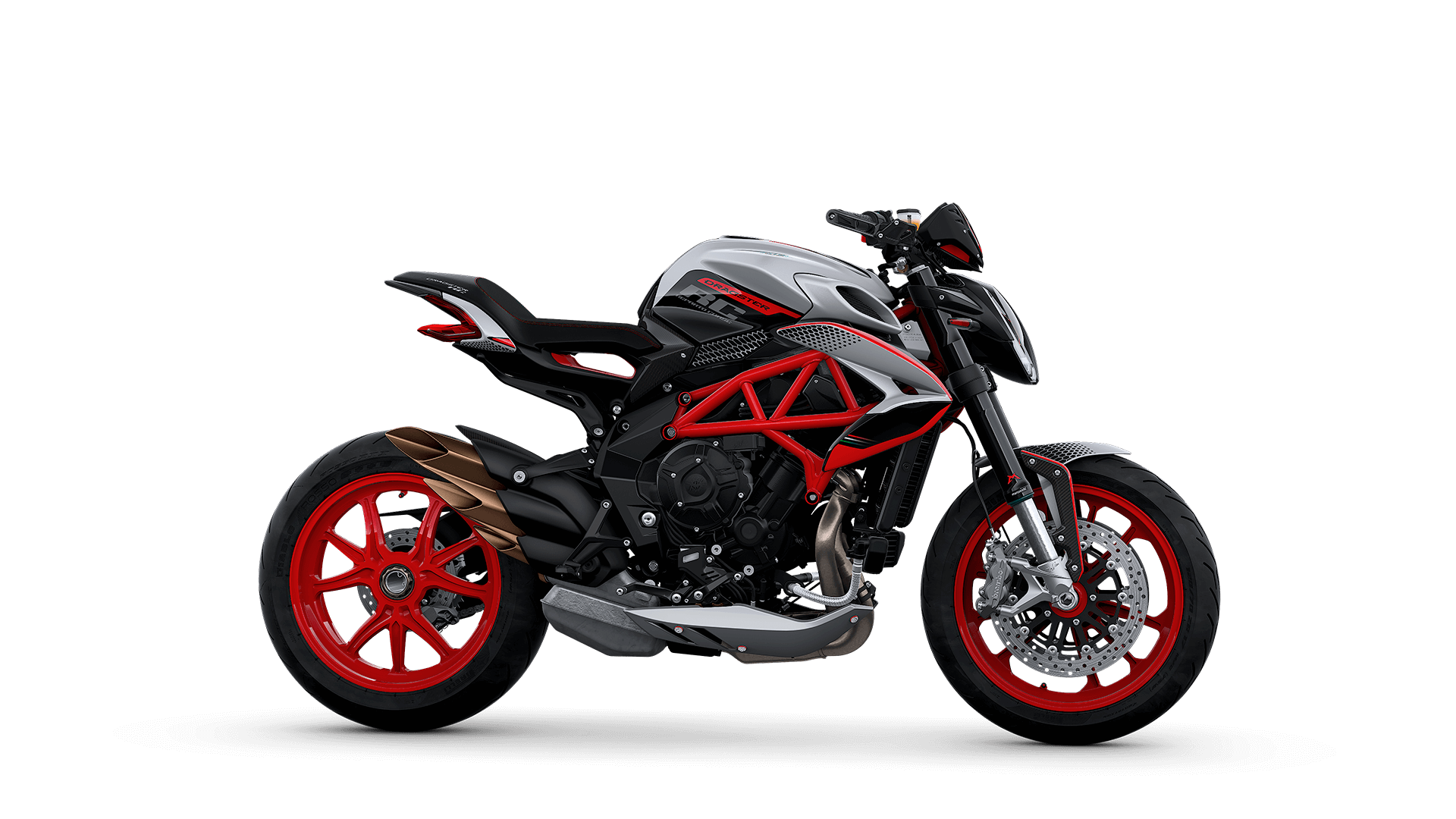 REBEL WITH A RACING HEART

Exhilarating power, the looks of a drag-racer, and an advanced electronic gearbox. A limited edition born to burn rubber.

True to itself, yet unlike anything else: the state-of-the-art character of the Dragster family with the exclusivity of a limited series. A short tail, aggressive semi-handlebars, and an exclusive livery which echoes the shades of the Moto2 and Supersport teams, enhanced by the new colouring.

The new full-LED headlight, the special livery, the many carbon-fibre details and the new forged aluminium wheels on the Dragster RC are the calling cards of the MV Agusta Reparto Corse (Racing Department).

HAMMERED OUT TO MEASURE

Excellence never stops improving. The new frame provides greater comfort as well as enhanced feelings, while the new rear suspension linkage guarantees extreme riding pleasure. The refined chassis and unique character of the three-cylinder engine are the main characteristics of a design created for the most demanding bikers.

The three-piston engine of the Dragster RC SCS is one of the most powerful of its kind. Perfected to reduce friction and boasting a redesigned exhaust system, it provides 140 HP and can be integrated with the racing kit featuring the SC Project tailpipe and optimised mapping. Moreover, thanks to the Smart Clutch System, you can forget about using the clutch for stopping and starting.

Featuring the latest evolution of the MVICS system, the Dragster RC SCS also has full multi-map Ride-by-Wire with 8-level traction control. The sophisticated EAS 3.0 electronic up & down gearbox, updated and boasting a new sensor, is paired with a hydraulic slipper clutch. The electronic injection system uses two injectors per cylinder with three 50 mm diameter throttle bodies.

Optimised to reduce friction, with a mass of just 52 kg and modest dimensions, the three-cylinder engine of the Dragster RC SCS guarantees even better weight distribution. The counter-rotating crankshaft enhances its dynamics, while its extraordinary performance is assisted by a completely redesigned exhaust system.

When there’s nothing else to think about but riding, your fun and enjoyment are increased, especially when your safety is taken care of by the Continental ABS system with cornering function. And with Rear Wheel Lift-up Mitigation, you’ve got one less thing to worry about: the system actually intervenes to mitigate the pressure exerted on the front brake to avoid unwanted rear-wheel lift. 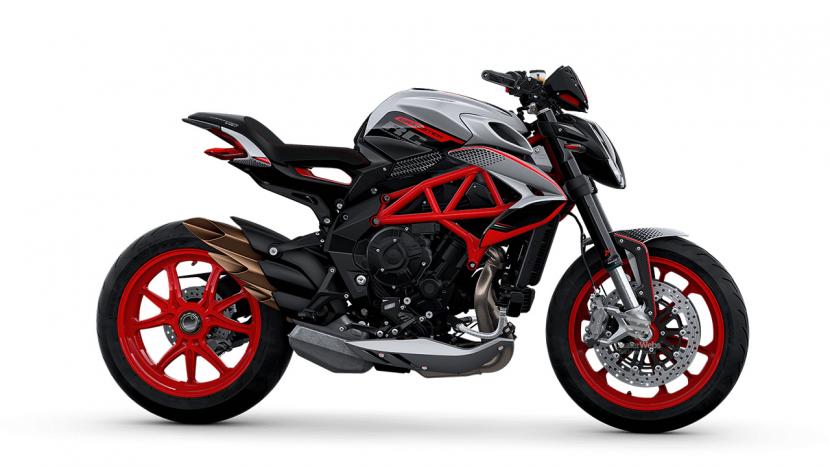 In order to reserve this Mv Agusta Dragster RC SCS, you can place a fully refundable deposit of £99. Simply click on the the button below to proceed via a secure, one time and fully refundable payment of £99.