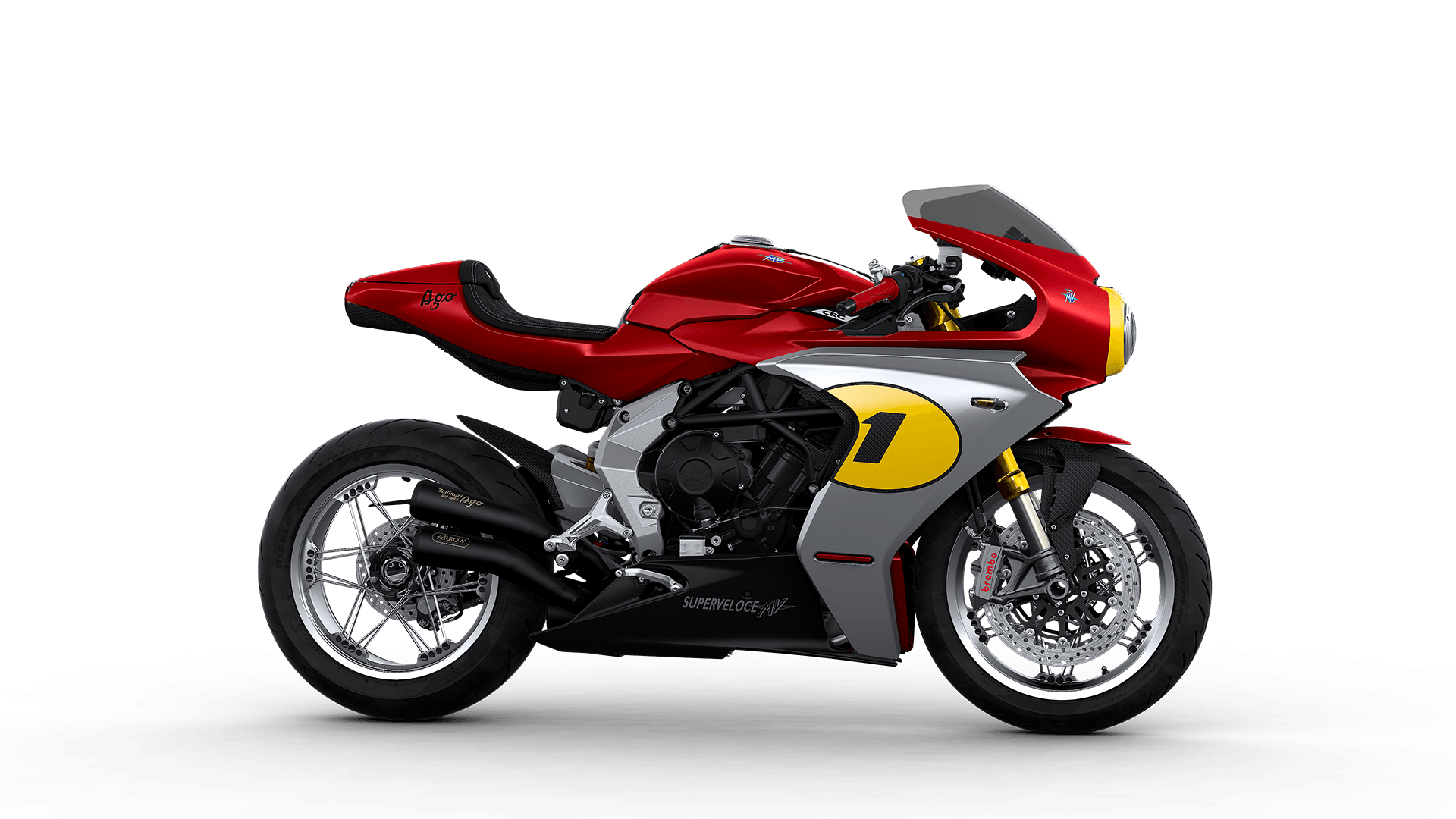 THE LEGEND LIVES ON

The most exclusive limited series Superveloce, celebrating the greatest rider of all times

THE SPORTIEST OF ALL TIME

MV Agusta pays a tribute to the legend. The result is a unique limited-edition series of the original Superveloce, which now returns even more exclusive top-of-the-range Superveloce Ago. After the MV Agusta F4 Ago debut, the paths of the multi-victorious Italian bike manufacturer and those of the Bergamo-based champion meet once again. The reason? To give life to the sportiest Superveloce ever. Once again, an unrepeatable bike that all the passionate enthusiasts will hardly forget.

ONE FOR EVERY VICTORY

311 exclusive units, carefully handcrafted in MV Agusta’s headquarters, in Schiranna, represents the number of races dominated by Giacomo Agostini, the first 15 of which are dedicated to the world titles earned in his spectacular racing career. The elegant fuel tank, embellishing each piece and characterized by an unmistakable racing flavour thanks also to the refined leather belt, is offered with a celebratory carbon fibre plate.

Units from 01 to 15 stand out for a plate carrying evocative graphics which highlight both the cup and the year of the world title won by Agostini. The Bergamo-based champion signature represents a further indelible value which makes this piece of motorcycle art even more desirable by many collectors. Graphics and colour schemes have been designed specifically for this new Superveloce Ago. Its livery comes in a refined grey which exquisitely contrasts with a vibrant racing-inspired metallic red.

The 798 cc three-cylinder engine maintains its technical features, including the outstanding supersport performance. 79 mm x 54,3 mm bore per stroke, 147 hp at 13,000 rpm, with a peak torque of 88 Nm (8.98 kgm) at 10,100 rpm: these are its record numbers. The counter-rotating crankshaft, a solution inspired by MotoGP, represents also a distinctive technical element. This latter contributes to enhancing driving dynamic, significantly containing inertia when changing directions, not to mention the fact that riding the Superveloce Ago becomes even more thrilling.

Electronics package is focused on the MVICS 2.1 platform, which controls 6 fuel injectors, interfaces with the inertial platform, manages 4 engine maps and 8-level traction control. In addition, the MV EAS 3.0 (Electronically Assisted Shift up & down) contributes to offering even more lightning-fast and precise shift changes. The new Superveloce Ago features a special kit, which includes a control unit that allows the rider to get the most out of the road-approved Arrow exhaust system (optional).

The new Superveloce Ago unique kit includes the captivating Arrow exhaust system (road-approved), immediately recognizable by two tail pipes on the right side and one on the left; the triple overlapping muffler is instead fitted as standard. What’s more, the Arrow asymmetrical exhaust not only significantly guarantees an increase in power and torque but also contributes to intensify the Superveloce Ago sporty character. To be true, this new-born seems to remember the racing bikes of the past, protagonists of many glorious victories. The MV Agusta Superveloce Ago kit overwhelms also thanks to numerous carbon fibre components, included the seat cowl fitted with Alcantara pad, a pair of appealing red grips, a special bike cover as well as a certificate guaranteeing the authenticity of the limited series.

Like all the bikes in the Superveloce range, the Ago limited edition boasts a rich safety package, starting with the Brembo braking system. This choice guarantees not only extraordinary on-road and track performance, specifically in terms of power and control, but also the whole system takes advantage of the ABS Continental MK100 module, which includes cornering function. The result? Safe braking, thanks to active anti-lock braking even when cornering. 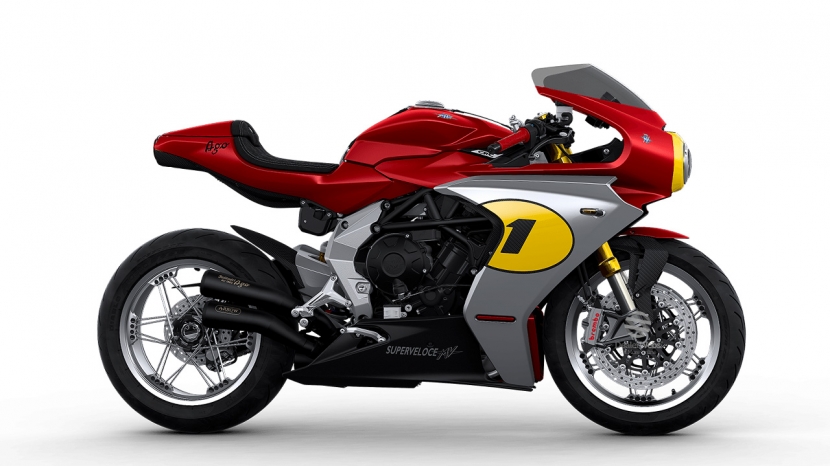 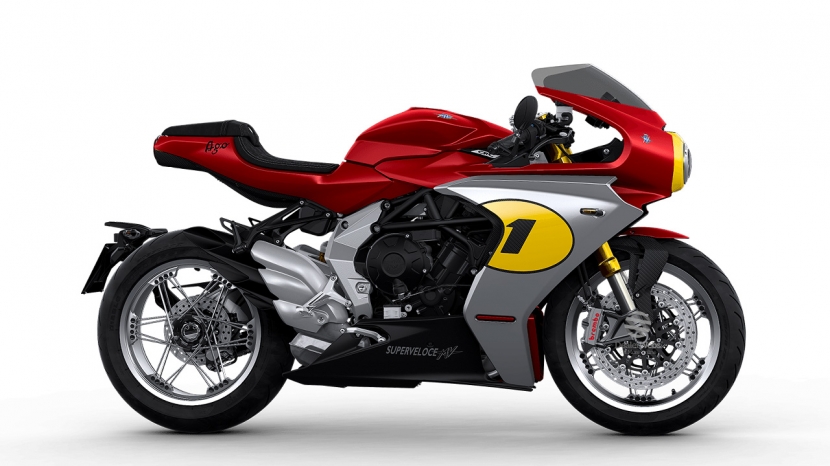 Reserve this MV AGUSTA Superveloce Ago for £99

In order to reserve this MV AGUSTA Superveloce Ago, you can place a fully refundable deposit of £99. Simply click on the the button below to proceed via a secure, one time and fully refundable payment of £99.