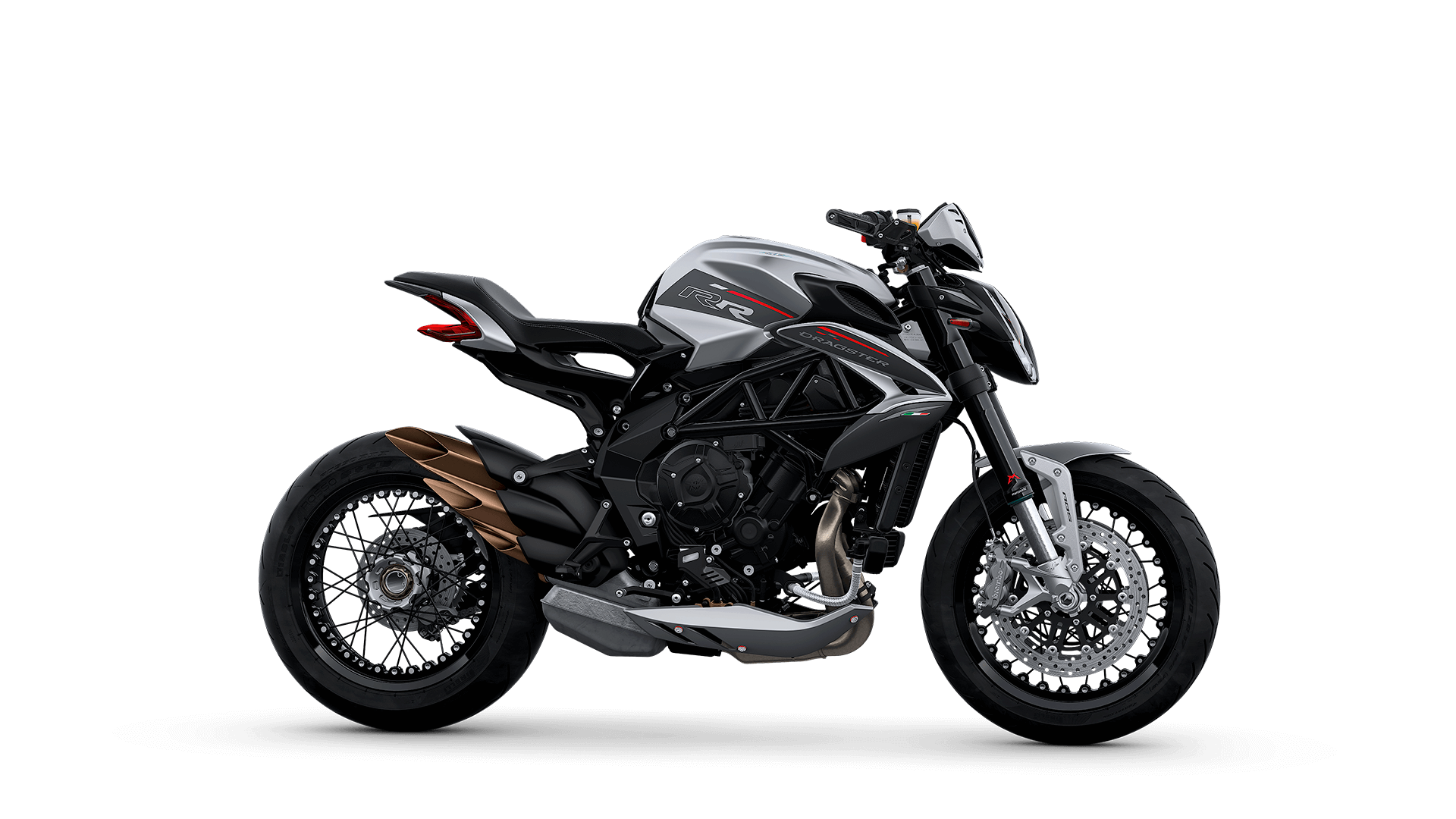 WE LOVE BEING REBELS
Aggressive. Imposing. An uncompromising street fighter with an extraordinary 3-cylinder engine and top components.

With the looks of a street fighter, reflecting the powerful three-piston heart, the Dragster RR is a raw blend of technology, design and emotions. No other motorcycle better embodies this concept and the vision inspiring it.

The design of the Dragster RR takes no prisoners. Compact, aggressive, and stunningly beautiful. Emotion in its purest form.

The front fender’s side supports and the tank damper are made of aluminium, while the full-LED headlight has a cornering function and is covered over by the small but effective flyscreen with a redesigned profile.

The three-cylinder engine, now Euro 5 approved, has been perfected through modifications aimed at increasing its efficiency in terms of performance and reliability. MV engineers have been able to reduce internal friction even further thanks to the DLC coating on the new tappets and the different materials used for the valve guides. Rounding off the improvements is the complete overhaul of the exhaust system.

From the dashboard to the ABS, taking in the controls and the firmware of the control unit: the electronics on the new Dragster RR have taken a huge step forward in quality, thanks in part to the arrival of the new IMU inertial platform, which reads the spatial positioning of the motorcycle and enables traction controls to be managed with great sensitivity based on the lean angle.

The weight distribution, the refined chassis and suspension as well as the Dragster's unique character are the main characteristics of a machine that was created for the most demanding riding enthusiasts.

When you can concentrate purely on riding, you automatically increase the fun. And when safety is covered by a Continental ABS system with cornering function and Rear Wheel Lift-up Mitigation, there’s nothing to worry about. The system mitigates the pressure exerted on the front brake to avoid rear-wheel lift. 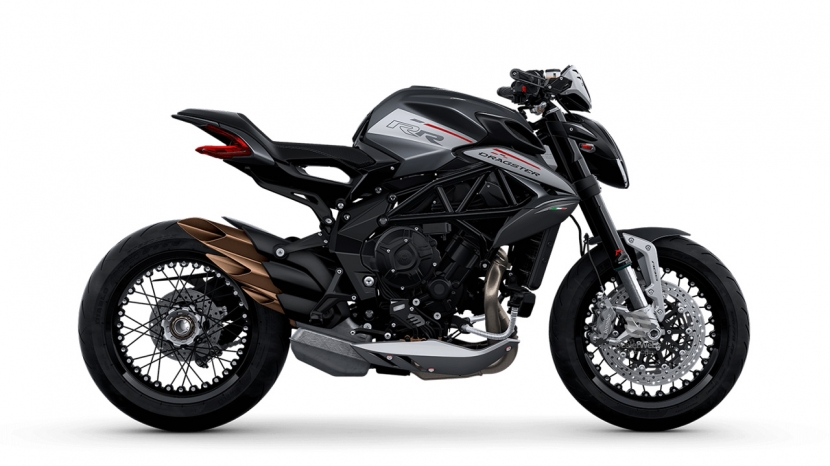 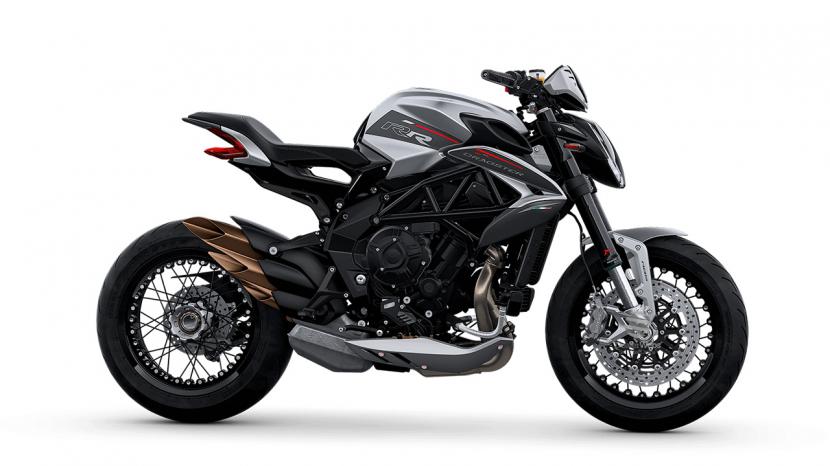 In order to reserve this MV AGUSTA Dragster RR, you can place a fully refundable deposit of £99. Simply click on the the button below to proceed via a secure, one time and fully refundable payment of £99.